My Home (Part One) 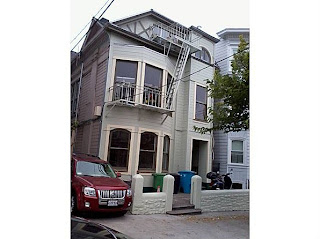 I've had many homes in my life. Lived in San Francisco's Haight Ashbury with my parents in the mid 60's in a Victorian flat. When things started to get rough out there, and not safe for me to walk to school, or just play outside due to the influx of hippies, Dad moved us to a quaint little beach town, 2 miles from the Pacific Ocean and about 20 miles from San Francisco. It was this home, that I lived till I married. I even was married in my living room!

For over 20 years I lived in the cutest little house, where I raised my family, had my daycare business and just had the best time of my life. It was that house, that I also saw the sad destruction of my marriage (to my high school sweetheart) and the breakup of our family. I raised my sons as a single parent for 6 years and to say it was easy, would be a big fat lie. I did it, but I usually had to "Rob Peter to Pay Paul". I sent my oldest son to college and that was a HUGE victory for me! I bought a new car, in my name, took a dream vacation back to New York City and closed my business to become a Silicon Valley Nanny.

When I remarried, the once kind landlord, who gave me cheap rent, decided he liked me better as a single woman and gave us a 30 day notice, to move. I had only been married 4 months - we had no savings yet, no money and this really caught all of us off-guard. The rents in this area were high and since I was used to paying low rent for a really cute house, we could not afford to keep up that lifestyle.

Looking at the possibility of being homeless, my father-in-law gave us his older Fleet-wood Bounder 34 foot motor home to live in. WHAT?? No way - not me.

I was being humbled...

Email ThisBlogThis!Share to TwitterShare to FacebookShare to Pinterest
Labels: My Homes