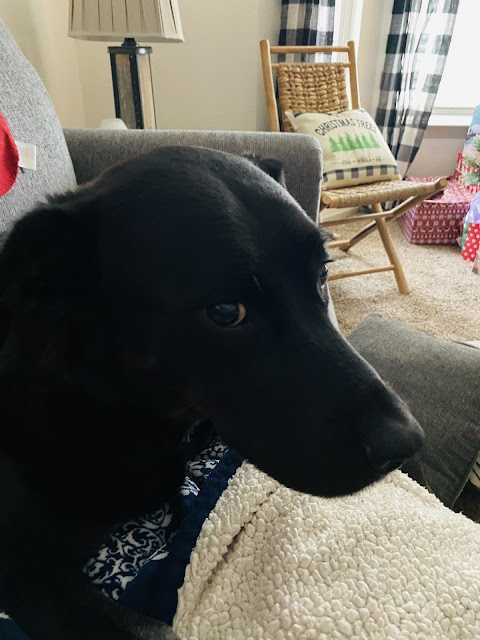 Laydee
"Did I do that?"
My black lab, Laydee has been on a diet and has done very well. She is off all her meds, for the back/hip inflammation - just by losing a few pounds. Makes a difference. She even has her svelt doggy waistline again.
2 weeks ago on a Monday, my husband baked some bread. Tuesday afternoon, I came home and wanted a piece of toast and I couldn't find the bread. He looked for it - I looked for it. It was gone. And we never found it.
Sunday I made an 8-inch pan of chocolate brownies with chocolate chips and walnuts. Last night after dinner I was looking forward to a brownie and when I went into the kitchen it was gone. Even the pan.
Okay, I'm thinking maybe my husband or me has dementia and these are the first major signs -
Until I saw on the floor underneath the cutting board table, an empty brownie pan. I saw crumbs... It donned on me.
It's Laydee.
We don't scold our animals for being animals. Plus, both times, we were careless by leaving it on that table which is a bit lower than the kitchen counter. It should have been wrapped and placed in the pantry. After a good laugh and relief that we both aren't losing it, I looked up on the internet about chocolate and dogs.
NOT GOOD plus she had one row of brownies which were about 2 - 2 1/2 inches wide. I called our vet. They had just closed and informed us that our town no longer has an emergency veterinarian. The closest was in Chico - 73 miles one way.  She gave me the phone number of Poison Control for Animals
There they asked me everything they would if it were an infant or child - weight, ingredients, and how much was eaten. Then it was calculated based on her weight and the time she ate it. Good News - was they didn't believe she ingested enough due to her body weight. The worse she could get was a tummy ache, diarrhea, and vomiting and there was a 24-hour window. Fortunately, her stools were dark and she had nuts in them (TMI) but it looks like it all worked itself out. The consultation fee was $75.
So, now we know - we have to not keep goodies out where she can help herself. 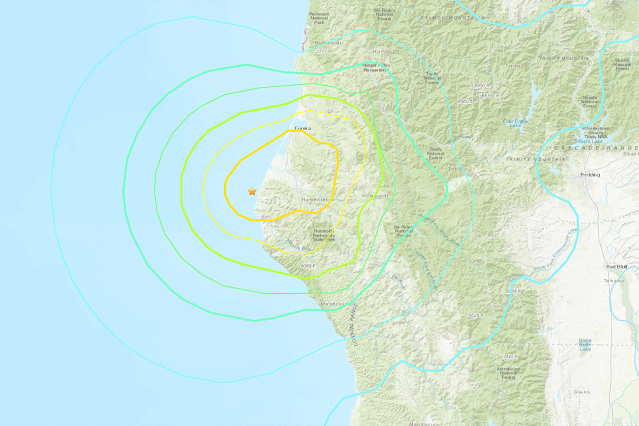 I guess we are sound sleepers - I kinda remember hearing the cell phones going off at 2:34 am - but we just slept through it. This morning when I looked at my phone there was the notification to basically duck and take cover. A lot of good that did us. 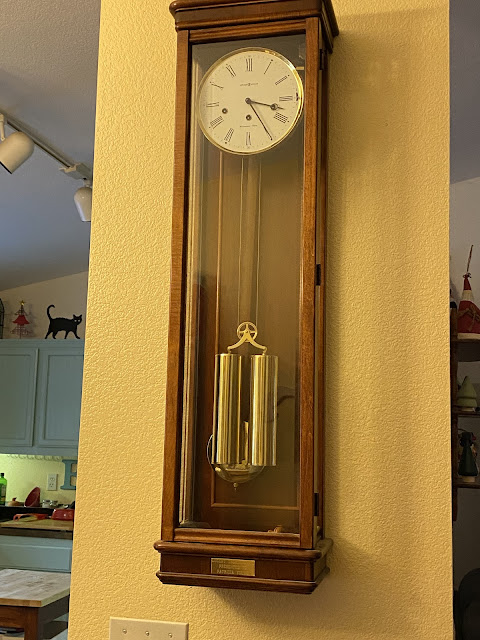 We didn't feel it - But the little bit of jolt we did get, stopped my pendulum clock at 2:35am.
We didn't lose any power - I am hearing at least 2 people died in it. Sad. 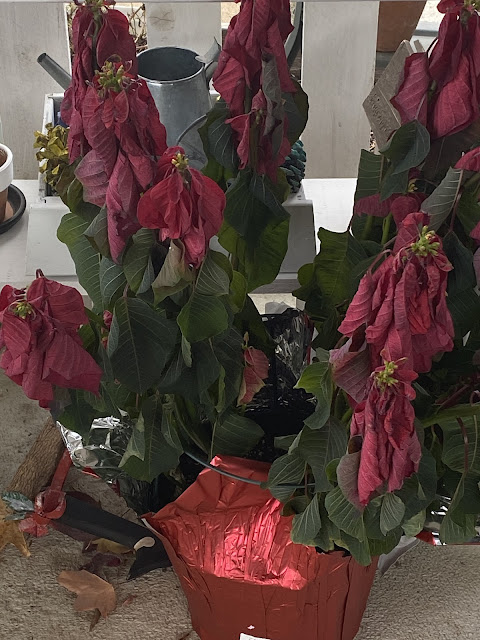 And last but not least - after nearly a week of frigid temps - morning temperatures of 28, and 29 degrees - this is what my beautiful poinsettia looks like. I won't throw it out - I will nurse it back. We have warmed up by 20+ degrees in the mornings from what was earlier in the week.

Wow, 5 more days till Christmas.
I've been laying low - baking and straightening up - doing last-minute things and planning our meal for Christmas Eve when the family will all be here and church on Christmas Day!
I can't wait! 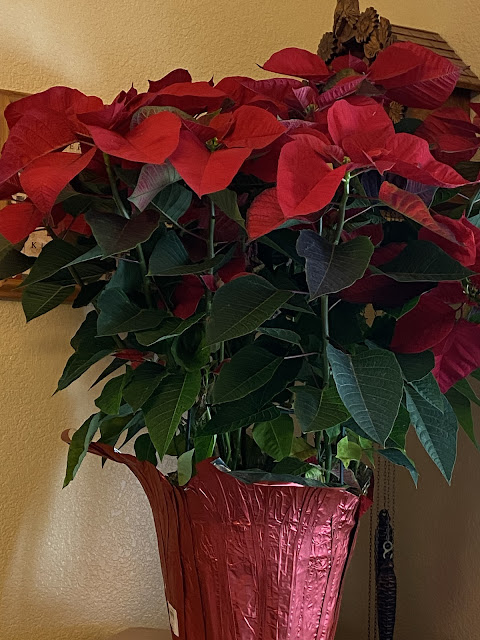 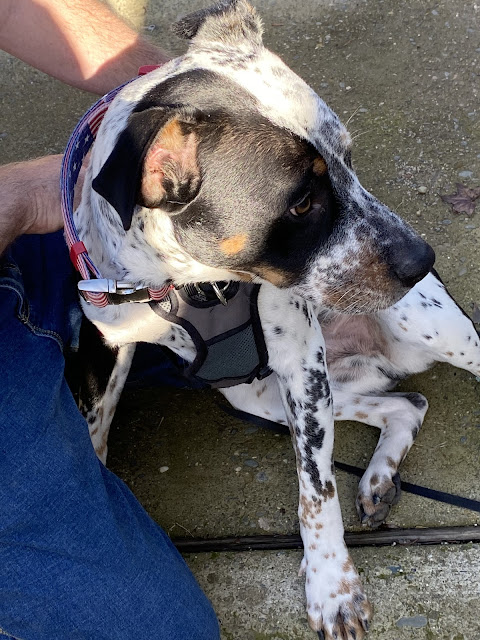 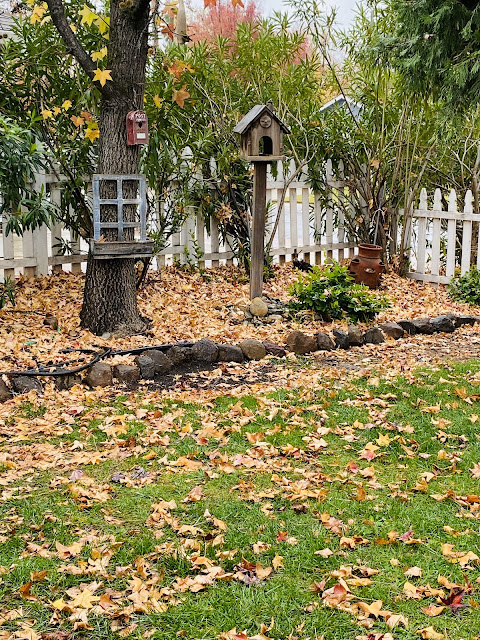